Hello! My name is Joel McDonough and I am 42 years old. I was diagnosed with spinal Myelopathy which is an injury to the spinal cord due to severe compression that can result from trauma, congenital stenosis, degenerative disease or disc herniation.

The pain I was experiencing became so severe that I could not work or even stand for more than a few minutes to do even simple things like washing dishes or really anything that required standing.

Needless to say I sought treatment and an MRI showed I needed 3 types of corrective back surgery.

1st – LAMINECTOMY: Removes the entire section of bone in an attempt to relieve pressure of a disc pressing into a nerve.

2nd – DISKECTOMY: Removes a portion of a damaged disc. During the procedure, part of the bone is removed so that the surgeon can determine which portion of the disc herniation has to be removed and then he removes it.

3rd – SPINAL FUSION: This surgery makes your spine more stable. During surgery, two or more of the vertebrae are locked together to keep the bones from shifting and pressing on the spinal nerves. I also had a bone graft with metal rods to connect part of the spine together. 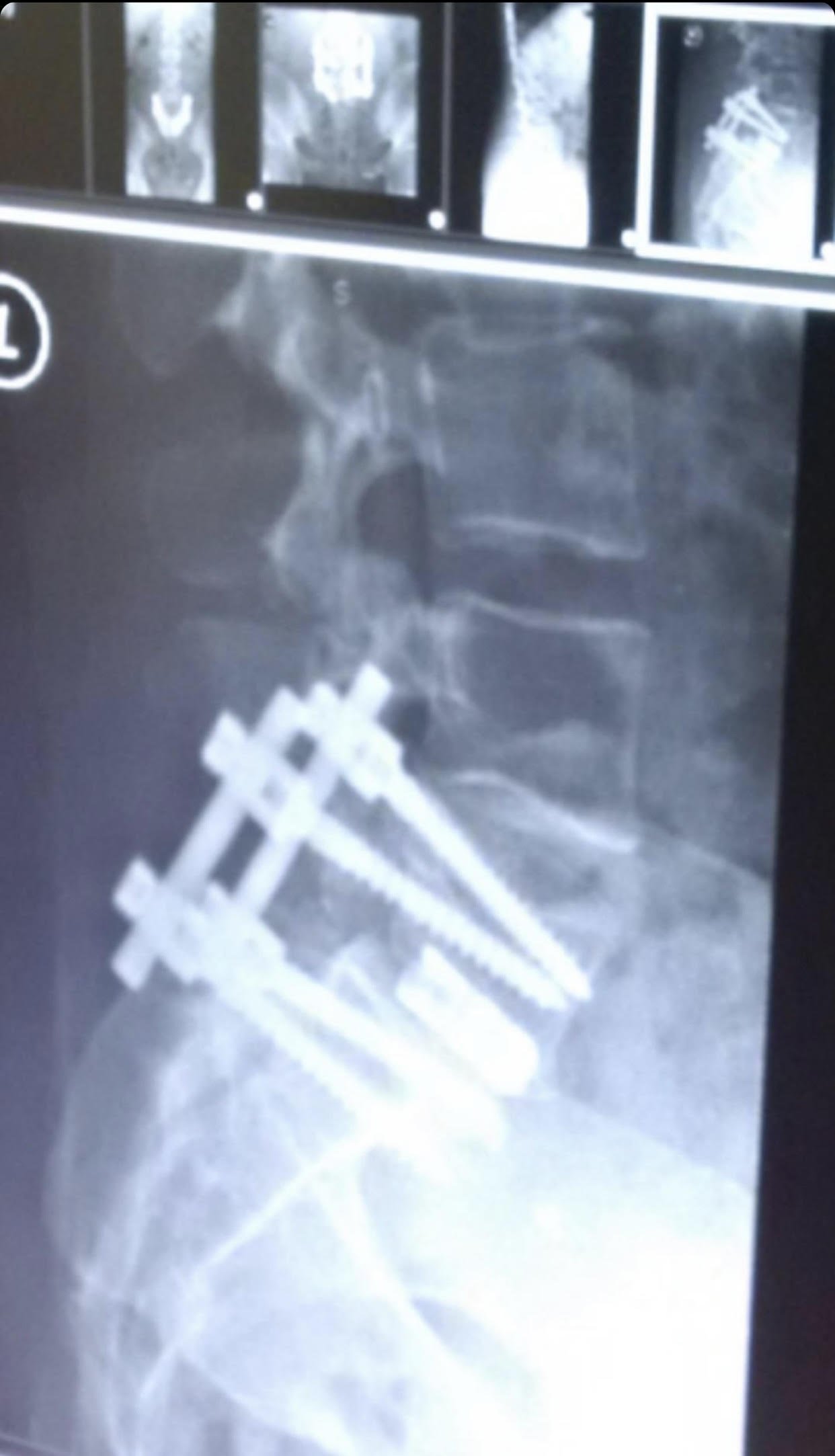 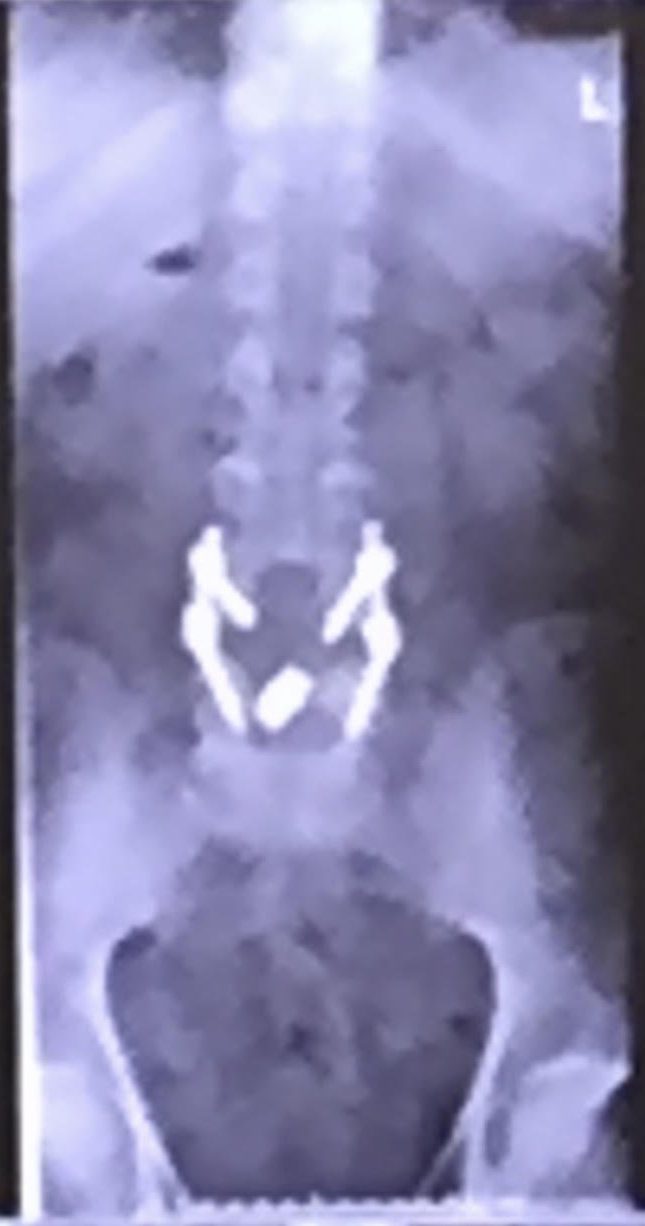 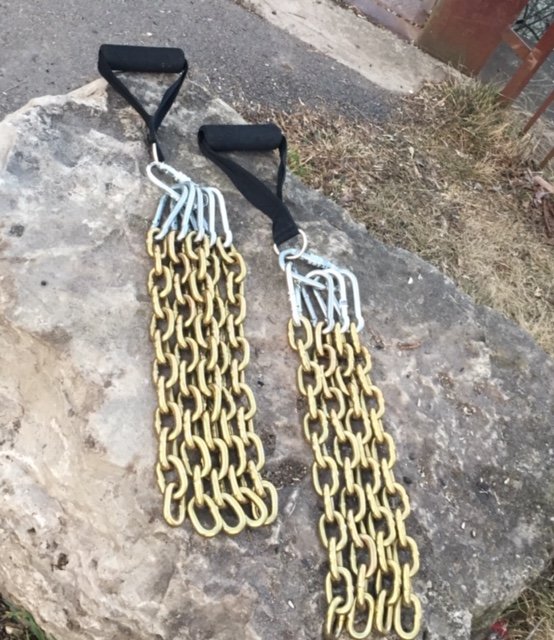 Before surgery my doctor had placed a restriction on me from lifting anything over five pounds and as a result I became out of shape and my mobility suffered because of it.

One day after pulling a long chain I had lying around my yard I found I needed a rest. So I sat on a chair that I had outside to rest my back and started to do curls using the chains. I was quite impressed! Especially with the resistance that they gave. So I decided to cut the chains to a shorter more practical length and began to use them to work out my upper body.

I then incorporated handles, clips and later a pulley system. As I started using the chains more and more I came to develop an exercise regimen that left me feeling great! Since I could easily add weight by adding more chains I was gradually able to lift more and more after only a month of working out just 5 days a week for 30 minutes.

During the next few months I lost the extra weight I had gained from being immobile. I had strengthened my body and my back enough so that I could walk with ease and do things that had been impossible in the past.

My operation was scheduled for January 23rd, 2020 at Grand River Hospital in Kitchener. At my pre-operation appointment my doctor was amazed that just 6 months prior he remembered a 42 year old man who could barely stand and was in horrible shape due to his condition and is now standing before him as a fit individual.

After surgery I was told by my doctor that the operation was a success and that a large part of it was due to the strength and exercise I had gained with Chain Blast Muscle System.

My passion is to help others who have felt hopeless like I did and give them hope with an alternative workout system that is portable, easy to use and suitable for most everyone no matter their fitness level.

Learn how it works